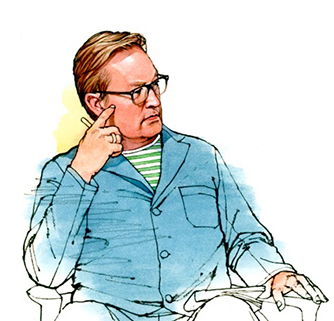 Ossian Ward is Content Director at Lisson Gallery (London/New York/Shanghai) and a writer on contemporary art. As well as leading the gallery’s communications and publishing teams he was co-curator of the major off-site exhibition, ‘Everything at Once’ and editor of the gallery’s 50th anniversary book, ‘ARTIST | WORK | LISSON’ (both 2017). Until 2013, he was the chief art critic and Visual Arts Editor at Time Out London for over six years and has contributed to magazines such as Art in America, Art + Auction, World of Interiors, Esquire, The News Statesman and Wallpaper, as well as newspapers including the Evening Standard, The Guardian, the Observer, The Times and The Independent on Sunday. Formerly editor of ArtReview and the V&A Magazine, he has also worked at The Art Newspaper and edited a biennial publication, The Artists’ Yearbook, for Thames & Hudson from 2005-2010. His book, titled Ways of Looking: How to Experience Contemporary Art was published by Laurence King in 2014. A sequel, Look Again: How to Experience the Old Masters will be published by Thames & Hudson in 2019.